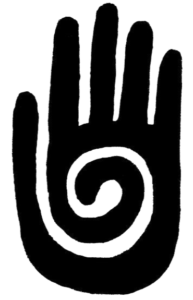 Shamanism combines a range of traditional beliefs and practices focusing on communication with the spirit world. A shaman / shamanic practitioner is someone who is regarded as having access to, and influence in the spirit world, who typically enters into a meditative state during a ritual, and practices divination and healing.

This is how we like to summarize what Shamanism may be. But even as the exerts below from Wikipedia state, there is no one agreed upon definition.

FROM WIKIPEDIA’S PAGE ON “SHAMANISM“

“Shamanism is a practice that involves a practitioner reaching altered states of consciousness in order to perceive and interact with what they believe to be a spirit world and channel these transcendental energies into this world.”

“The term ‘shamanism’ was first applied by Western anthropologists as outside observers of the ancient religion of the Turks and Mongols, as well as those of the neighbouring Tungusic- and Samoyedic-speaking peoples. Upon observing more religious traditions across the world, some Western anthropologists began to also use the term in a very broad sense. The term was used to describe unrelated magico-religious practices found within the ethnic religions of other parts of Asia, Africa, Australasia and even completely unrelated parts of the Americas, as they believed these practices to be similar to one another.”

“There is no single agreed-upon definition for the word ‘shamanism’ among anthropologists. The English historian Ronald Hutton noted that by the dawn of the 21st century, there were four separate definitions of the term which appeared to be in use. The first of these uses the term to refer to ‘anybody who contacts a spirit world while in an altered state of consciousness.’ The second definition limits the term to refer to those who contact a spirit world while in an altered state of consciousness at the behest of others. The third definition attempts to distinguish shamans from other magico-religious specialists who are believed to contact spirits, such as ‘mediums’, ‘witch doctors’, ‘spiritual healers’ or ‘prophets,’ by claiming that shamans undertake some particular technique not used by the others. Problematically, scholars advocating the third view have failed to agree on what the defining technique should be. The fourth definition identified by Hutton uses ‘shamanism’ to refer to the indigenous religions of Siberia and neighboring parts of Asia. According to the Golomt Center for Shamanic Studies, a Mongolian organisation of shamans, the Evenk word shaman would more accurately be translated as ‘priest’.”

About the author: OC Shamanic Reiki

Get Certified in Usui & Tibetan Reiki